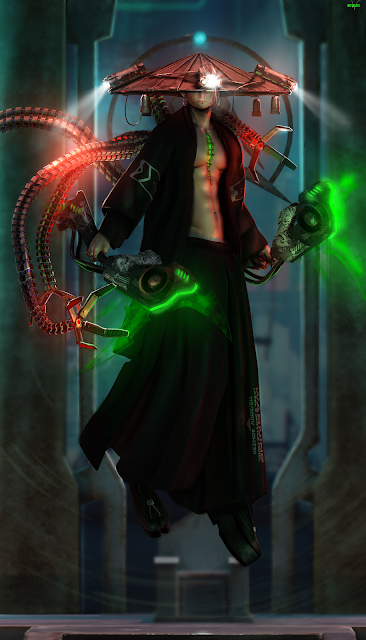 You have a week before Neo Japan closes, so you still have a decent amount of time to grab fab stuff!. Almost everything in this picture is available to buy at Neo Japan. So let's start with this stunning kimono set by Gabriel - comes in several tones including the shoes and amazing cyberish hat!. The weapons are by Legion and you get a HUD to change the color of the LED's. Love the design on these. The Octo arms move all on their own very smoothly and if you activate it right, you can click on each to make it blast out a 'death breath' particle effect, and that is by Rekt. The tattoo is called Perfect and is by Nefekalum. It comes in varying colors, but I chose this striking green to match the weapons. The backdrop is vast and is called Zeus and is by Bison. Wonderful textures and materials on this. Go nao!. 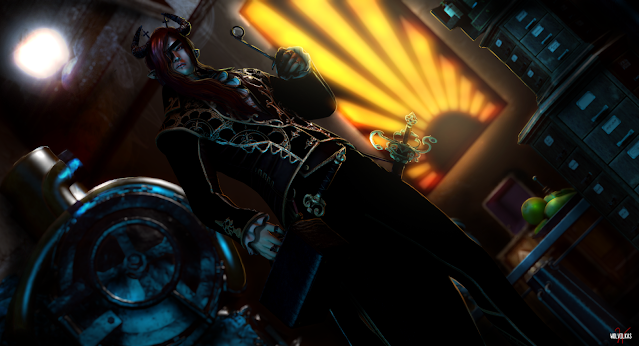